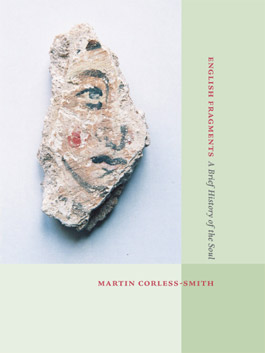 “Thought exists and has this book’s solidity…. [In] Martin Corless-Smith’s beautifully etched dictions, there is an older English we only now recognize, caught midway between England and America but rooted in both, and in bodies and consciousness, in the struggles of this century, where ‘substance and accident’ deliver us to presence, in ‘modest love’.”
—Erin Mouré

“The paradox of self-knowledge (how can the the perceiver—a subject—become the perceived—an object—without becoming something other than itself?) seems to mirror the paradox of time (what can we say of the present instant before it is already past?). The self, as well as time, is a ‘stranger to the direct gaze,’ as Martin Corless-Smith puts it in his mesmerizing new volume. Here, Romantic discourses on the soul are playfully and obliquely reconstituted via intertextual strategies worthy of Borges and Jabès. In a work crossed by alternate selves and alternate literary histories, Corless-Smith brilliantly evokes the mystery and melancholia of being in time.”
—Andrew Joron

Moving freely through poetry’s pictorial fragmentariness and literal fragments of prose, with a streaming, equanimous, nondiscriminatory referentiality, Corless-Smith proposes and confers with entities in “the janus-faced doorway” of antiquity and contemporaneity; inference and exposition; soul and body—the “experience and the coming-into-history of that experience.”