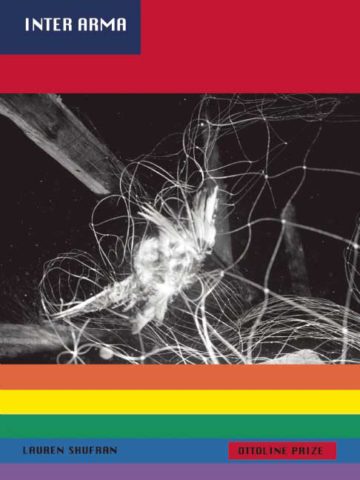 This debut collection takes its title from a maxim of Cicero’s that, translated loosely as “In times of war the law falls silent,” has been effective in recent discourse around the erosion of citizens’ rights. Riffing on military chants, propulsive rhythms whereby submission and domination are inculcated, Lauren Shufran’s allusive, classically informed poems explore analogies of terrorism and homosexuality in the context of our militarized media, our mediated military wherein heroes and villains are sodomized and lionized, penetrated and perpetuated.