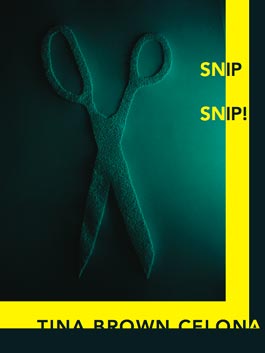 These are poems that teeter on the edge of propriety, which are by turns playful, even cocky, and laden with self-doubt. Whether extolling the virtues of ego salad or locating the Louvre “in Paris, / or wherever the Louvre may be now,” Celona brings a feline wittiness to the act of writing, which she alludes to with a fervency and frequency that border on neurosis.”This poem is only for girls,” Celona states with infuriating certainty, daring the reader to challenge her in prose poems that stake out a world where men capriciously cross out their wives and “poetry, too, is bad for you.”

These sometimes scatological, often buoyant poems juxtapose squalid fact with incandescent images, certainties around which bafflement and pain become organized, against which the distances between people, between penguins, between words and feelings, between beginning with intention and becoming lost, can be measured.