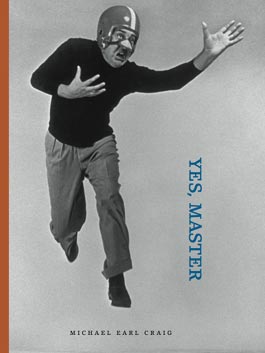 In his second book, Michael Earl Craig blurs the line between the documentary and imaginative impulses. The resulting poems mutilate pastoral myths—a man who has ignored horses his whole life but now wants to try touching one, or two gay donkeys and their uneventful lives on the high plains—but also pay tribute to the current-day West in which this author lives and writes.

These poems sketch a slightly dented mental landscape touched by odd details and sharp mood swings, not to mention Junior Mints, Sonny Bono, and the new Pope in Prada sandals. They are superficially light and often comical, and objects frequently take center stage—a new and revered anvil, a black derby “soft as a colt’s nose,” a series of meticulously described wristwatches—but a social commentary unfurls. Characters in these poems bottom out now and again, dreaming of new or lost worlds, going off on rants or into deep sleeps, wanting desperately “to tell a story with the authority of mallets” but settling for “feeling like a turd washed up on the shore of a quiet lake.”