Lately, I've been thinking quite a bit about change. Social. Organizational. Political, obviously. In 2008, we had Aaron Sinift's Glitter Obama as our cover image. There was a sense of hope for positive change. Depending on your position on the political spectrum, you can argue the effectiveness of changes Obama implemented: hopes fulfilled (Affordable Care Act, legalization of same-sex marriage) and hopes unrealized (drone wars, eroding civil liberties). With police shootings, terror attacks, Syria, Trump/Clinton, climate change, etc., 2016 feels more like hoping things don't get worse.

Earlier this year, the Fence editorial staff had several lengthy and intense discussions sparked by Rebecca's insensitive Facebook comments on the Purdey Lord Kreiden/Michael Taren video and a poem with a racial slur in the title she wrote and read in public. The longest thread ran 56 emails deep. We were hurt and angry and disappointed in various degrees. As a person of color, as a friend, it felt shitty. As a colleague, it felt deflating knowing people would associate and attribute the words and actions of the public face (Rebecca) with the other 15 editors.

Fourteen years ago, as a first year MFA student, I took a course on Small Press Literature--Literary Landscape 101. We read many unremarkable journals; Sulfur, Fence, and McSweeney's are the only three journals that I can even recall. With further research, I found myself feeling certain affinities to the Fence manifesto:

There is nothing radical about this magazine. We do not see the erection of such a Fence as a combative or exclusionary measure, but as a gesture of cultivation. Fence stands against the false obfuscation of the fruits of our culture's labor, that which has been framed and sentenced to inaccessibility. We seek, above all, to increase the reader's pleasure.
Fence intentionally blurs the distinction between 'difficulty' and 'accessibility,' preferring instead to address a continuum of utterance.

I recall reading various arguments against Fence (its liberal pluralism, its role as establishment, its nepotism, its kitsch) as well as Rebecca's spirited defenses and wondering: What the fuck is Fence? When I emailed Rebecca and inquired about internship opportunities, I had a cursory understanding of small press publishing--organizational structures, logistics, infrastructure, production workflows.

Rebecca responded surprisingly quickly. After selling some records and CDs, I flew to New York to interview. On the day of the interview, not being familiar with subways, I took the A train the wrong direction--realizing my mistake somewhere in Bed-Stuy. I arrived at Rebecca's apartment 30 minutes late. That she offered an internship to a tardy, brown, sweaty, and undoubtedly out-of-breath MFA student probably raises more questions about Rebecca's character--though, who knows, I might've killed that interview. What I do know is that I killed the internship. In the Spring of 2003, I became Fence's first ever Managing Editor--complete with a meager salary and an opportunity to sublet Rebecca's sweet apartment for the summer: a Poetry MFA wet dream, or so I thought.

The Fence office was a musty basement space that served primarily as the warehouse for Roof Books, secondarily as an office for the cool kids at CUP (Center for Urban Pedagogy), and then there was Fence. We had two old iMacs, boxes of books and back issues, and a shit ton of mail. On many occasions we drew the ire of the upstairs co-op tenants (and the postal workers) with bags of submissions filling the foyer.

When I said meager earlier, what I meant was unlivable. Like $600/mo in Manhattan unlivable. After her Viennese landlords decided to evict/buy-out Rebecca, the good times ended and I had to get a "real job" to pay for rent and food. I began to temp for an educational publisher. From 2003 to 2007, I worked in midtown editing children's textbooks with multimillion-dollar budgets and at night (and most weekends) I would work in the East Village basement office, opening envelopes, stuffing envelopes, mailing envelopes, answering emails, laying out issues, cracking the whip on editors, etc. The work was by turns laborious, thankless, glorious, and both literally and figuratively fulfilling--from collecting slush, to organizing slush, to clearing slush, to sending out acceptances, to laying out the issue, sending the issue to the printer, receiving proofs, receiving boxes, sending out issues, meeting contributors, throwing a party, meeting new writers, meeting other publishers. The work was real. The relationships with the writers and community are real.

When Fence moved to Albany I was relieved to have my nights and weekends free. I accepted a new role as one of the Poetry Editors and started a different relationship with Fence and the imagined community.

The current editorial staff is both demographically and geographically diverse. For us Poetry Editors, it means we can have asynchronous discussions--which is both good and bad. I'm sure some of our discussions would be more efficient and fun over a few bottles of wine.

Things seem so different from the days of reading proofs on a bench in Tompkins Square Park. My current day job is for another large corporation. My focus is on "learning and development" in the context of "change management" within HR. Within my space, I hear a lot of talk about diversity and inclusion and valuing differences and understanding that everyone brings unique experiences, perspectives, and ideas. This articulation of diversity tries to manifest itself in high performing teams. As in, without diversity you cannot possibly realize the full potential of your team and, in turn, you cannot create of deliver the best possible product for your consumer. I keep thinking about how this concept of diversity and inclusion could apply to Fence--the constant negotiation between my day job and my night job.

Earlier in the year when we were reeling from Rebecca's insensitivities and gross articulations of white privilege, we discussed several actions and proposals. Some on the actions were prescriptive and could be easily and quickly implemented. Others were more radical in scope.

The consensus is that we do not want any tokenizing gestures. We want action and we want our actions to be intentional and transparent. We want to publish majority POC, majority Queer.

We recognize a structural problem. We are in the process of a rethinking, a paradigm shift, a self-administered kick in the ass. In the next couple years, Fence will continue to evolve and iterate. We will take risks. We will make mistakes. We will learn. We will refine. We are committed to making Fence a place that writers of color care about. We need you, dear reader, to hold us accountable.

While I’m alone working in the studio my mind will sometimes manufacture pithy little dictums for itself such as, “Nodes are nodules, but a lobe isn’t always a lozenge.” These bits of advice are rarely useful but they often sound good to the inner ear, as if the imagery I’m seeing has a sub-need to express itself lyrically. No idea where they come from, or why.

One day recently I noticed a pleasant, soft, pumpity sound in a passage of electronic music in my headphones. I had a suddenly important urge to draw what I thought a pumpity sound looked like, and I had to do so using a very particular pale pink crayon. I knew exactly where the pink crayon was, even though there were loads of crayons scattered around the studio, and so I grabbed it and started realizing the image. That crayons are the one creative tool most unlike a glass LED screen was how I justified their use at the time. There are very few things you can’t do on a computer these days, but one of them is to make a true mess. Crayons smudge, and they sometimes snap in half in your hand. Is an honest creative frenzy even possible with just mouse and keyboard? There are no snippets of paper or eraser chunks on the floor after you leave your flat screen. And isn’t it wonderful to have to sweep up at the end of your workday, went my thinking. I wanted, almost out of spite, to render a digital sound in an olden way.

A few years ago I asked myself what a wall-snout might look like in Kelly green, and then made plans to paint one in oil, which I did do eventually, on linen. Something about the weirdness of nostrils when considered in isolation on the wet wall of a cave. In 2012 I made a suite of works on paper called “Summer Drawings” where I tried to fuse aerial views of swampland with on-the-ground impressions of backyard and brush. I wanted a looking-down-on-walking-through simultaneity. There was a special allowance in the drawings for close-up details and distant objects to cohabit the same location on the paper. Then, for a painting I made later that summer, a languid gathering of translucent lime and avocado bio-strands get punctured abruptly by a single, turgid nugget of grey cell-foam. To my mind, such a summery “salad” needed a bit of tomato orange-red, so I threw in a rhombus of it randomly somewhere, setting the whole thing off nicely.

I should mention my love of grotesques and gargoyles, which started with an interest in Pagan green-man imagery—that leafy guardian-dude of the forest who I like to call Daddy Photosynthesis. The idea I think was to give nature a formidable persona so that one treads respectfully, which we haven’t. Hence my inclusion of an extruding tongue, which offends like a slow turd coming out. It means, “Turn away, back off before you ruin everything.” And while I rendered him defoliated and damaged, he nonetheless manages to sneer at us in glorious, waxy crayon. 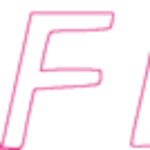