Listen to Brenda Beardsley read her work as you read along below: 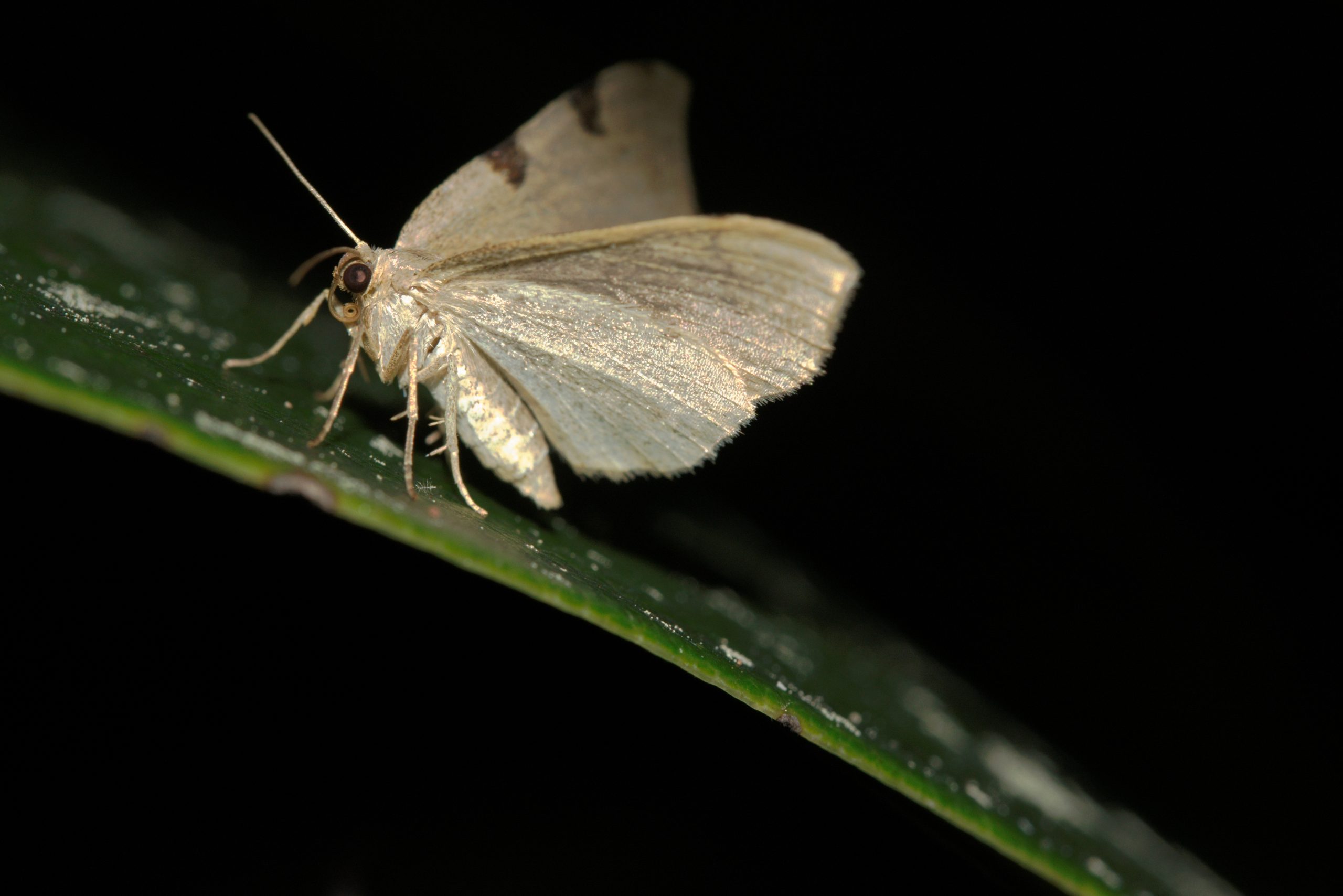 Night nudges between shade & window. A moth flusters at the screen, needs to be in, while I yearn to be out. Cool air carries a far-away voice. Across the road, reedy, pubescent bodies gather in what is left of the light: nowhere to go, because of the pandemic, not even supposed to be together. While dusk slips into night, they pass an ash-laden cigarette from one pouty mouth to another.

There was no sputter, roar or crackle. Instead, a glow illuminated the tunnel-like hallway: my bedroom door, the shut door to my sister's room at the end of the hallway, & my parents' closed door. Adjacent, the bathroom nightlight glowed safe-safe. The hall undulated orange-carmine-saffron, a moving opaqueness that leaped & twisted, a barrier that stilled me, bare feet fixed on the cool pine floor as I whispered mommy-mommy. The next night, in baby-doll pajamas, I stood in the hallway, a corona of light spiking & flickering; the following night, staring @ the seam of blaze; the next year, & so many nights later: a threat of thunderstorms in the moist night, paint sweating & licks of heat. Month after year after decade after night that landed into morning, the blaze flickered on the edge of awareness while I ran from room to room. Wake up! I shook my father, my mother, my sister. Still, they slumbered. The fire loomed but never grew. I gathered what I treasured: Karen, my teddy bear with the hole in her neck & the filling that was always escaping; my longhaired hamster, Willy, in his glass aquarium, & my tortoiseshell Persian, Bea. Some nights, the blaze churned in the hallway while in my room I packed my warm slippers, photos of my Flemish Giants who slept in hutches outside, & my Breyer horse models: Misty of Chincoteague; the Arabian family; the Thoroughbred mother & foal, long necks reaching for grass; the lumbering Clydesdales; & Secretariat, who was lithe, small, & solid & stood in a place of honor on the shelf in my room.

These images bewildered me. Had I seen the fire or was it a fabrication of neurons, synapses, & neurotransmitters, attempting to coalesce particles of memory accumulating over the last twelve hours? Was it a dream or a vision on continual loop, bidden to be replayed, night after year after decade, as if I couldn't get the details right?

Since early morning, when the rumbling started, Stanley has stayed at my side, panting fear. The patrols haven't been this persistent since 9/11 & the constant grumbling in the sky has me unsettled, moving from window to window to try to see the planes patrolling the Connecticut River. Unblemished sky, no clouds, the din is more threatening without aircraft in sight. The brilliance of the sky is chilling in the specter of what can't be seen & this worry, of potential danger, feels like an omen on the cusp of this pandemic summer.

Two fans aimed @ me—one oscillating in the center of the room & the second, in the window, to draw in the night air. Moist & cloying, June is oppressive & begs to be understood. The country has progressed, in warp speed, from staying-at-home to thousands on the streets protesting the brutal murder of George Floyd.

On TV, cities appear as puny squares on the screen: Salt Lake, L.A., Atlanta, Minneapolis, & New York. Protestors are on the ground, bellies to asphalt, hands behind their backs. Across the country & across the world, this image of George Floyd's last minutes is repeated. How many images does it take to move toward a dream of something better? What is vision if it isn't democratic?

The dead are everywhere. They hang on the towel rack as I stand @ at the sink, lather, & count to twenty. They sit beside me, flip radio stations in the passenger seat of the car while I wait for the pneumatic tube at the drive-through. They are mesmerized when the leash is removed from the shelf & the dog prances, tail flopping like a cascade of rain drenching a windowpane, as morning is exhumed in the russet-skinned earth.

Each morning, I plucked newspapers from the floor, put away dishes, ruffled through the dog's fur, prioritized lists for the week, & tried to make more time in my day then really existed while M dug up the barely green grass for his pandemic project, the new patio. After two weeks, the yard was barren, no more spriggy grass. On the frosty earth, he placed row after row of landscape fabric in six-foot intervals of black that reminded me of body bags we used in the hospital: the waxy skin of the deceased; the shudder of bones as breath left the body; bathing unyielding limbs & the final expulsion of loose, brown stool while turning the body to place inside the bag. The bag shrouded the deceased from the living, while the landscape fabric shielded the earth from what was to come. The rows of black gave me chills each time I looked out the window; the pandemic was everywhere & closer each day.

On the periphery of the future patio, were the remnants of the chokecherry that had shadowed the yard for years. The stump was in the way. There was no getting rid of it. The chainsaw was dull & ineffective. The axe bounced off the thick-skinned exterior. One day, M dug a trench around the stump, exposed the arteries & venous systems of the roots to ligate them & upend the stump. The further he dug, the more he excavated the history of the family: the chew toys of Murray & Stanley, the dogs; then deeper, the dirt-encrusted ball of Bugsy, our old retriever; beyond that our children's lost toys—a green toy soldier & Barbie's other shoe.

But, the stump wouldn't die. On Memorial Day, sun a blistering bright witness, he inserted a chisel into the flesh of the bark then tap-tap-tapped, Michelangelo-style, with the hammer till the sinew-ish bark came loose & he peeled it from the pithy interior. He moved to the next section, preceded clockwise around the trunk till the stump stood nude in the sun. But, still it remained, as if the memories of children playing in the yard & the deceased dogs would not depart, & we needed to dig into the earth to remind him—us, of something else. Maybe, to move ahead, finish the pandemic project, we needed to imagine a time & place after this spring & summer of horror. I could only return to the past, when the kids were little, when the old splintery deck was still on the back of the house; when Ma & Pop were still alive; when we didn't know what we know now about my daughter's condition—that it would contain us, even more than this quarantine, within the confines of these walls, till both of us passed.

Perhaps, imagining the world post-pandemic could only be possible through the lens of nostalgia for those times that were idyllic &, in retrospect, totally unable to be changed. Already, I was wistful for the time before the pandemic. I yearned for the parts of my life that had disintegrated & dissolved, unsure if they would ever return. I missed so many things that the containers, in my mind, where I put the things I missed, plus the grief of the 100,000 now lost, overflowed from the burden of all this missing.

Maybe, the stump should stay. Perhaps holding on to those memories—& the stump that contained them—offered a modicum of self-preservation, an assurance that somehow, after the horror of the pandemic, the staying-at-home, the violence to Mr. Floyd, the riots of May, & the decline of the government— that we remained steadfast & strong.

Sweat pools on my water glass & drenches the windowsill. Ants crawl through the hole in the screen into the cool house. I squish one with my finger & another appears; a third pokes through, resolute & determined. Somehow, the ants remind me of the teenagers sharing a cigarette then, retreating with less than a nod to each other, exiting to their beat-up cars & motoring off into the night.

Brenda Beardsley's work appears in The American Journal of Poetry, The Examined Life Journal Pentimento, wordgathering, as well anthologized in CoVid Spring. Selected by Sherwin Bitsui as a finalist for Hunger Mountain’s 2018 Ruth Stone Poetry Prize, she is winner of the 2020 MVICW poetry contest. She serves as Editorial Director of Clockhouse.